It’s not often, at the age of 52, you can say you did something for the first time in your life.  Well, this last Friday evening I did.  I delivered the Dvar Torah at the Friday evening service at my synagogue.   It is basically a five minute (as the Rabbi insisted!) oral book report on the story from the Torah being read that week.  Here’s mine…

The Torah portion for this week is Balak, named for the evil King of Moab.  There are six Torah portions named for individuals – Noach, Sarah, Yitro, Korach, Balak, and Pinchas.  Three of them are named for non-Jews – Yitro, Noach, and Balak.  Only one is named after an evil person, Balak. In this reading, we learn that Balak hires the prophet Balaam, who was a well-known character at the time, to curse the Jewish people as they approached Moab.  The Israelites had already defeated both the Canaanites and the Amorites along their way, and the Moabites were next in the way.  Balak wanted to stop them in their paths, or at least divert them from Moab.

There is a lot going on in this Torah portion, which is the only one in the Torah NOT told from the Jews’ perspective.  The parsha not only includes a plague upon the Jews that results in the deaths of 24,000  because of sexual transgressions but also has the only reference to a talking donkey found in the Torah.  Now, the use of a talking donkey in literature has been used for impact and symbolism in other great works, including Shakespeare’s Midsummer Night’s Dream and of course Shrek 1, 2 and 3!  What struck me the most, however, was Balaam’s observation of the way the Jews had arranged their tents and how that observation affects us to this day.

He observed that the tents were set up so that no one’s tent opening was across from anyone else’s tent opening.  This observation, a short sentence in Numbers chapter 24, verse 5, has come to have great meaning and relevance in our prayers every day.  We begin every morning service with it: “Ma tovu ohalekha Ya’akov, mishk’notekha Yisra’el.”  In English “How great are your tents, O Jacob, your dwelling places, O Israel!”  Our daily use of this phrase itself has had some controversy over the centuries with one Rabbi in the 1500’s actively campaigning to remove it from the daily prayers because it was stated by the evil Balaam.

Over the years the Rabbis have interpreted this to be an observation by Balaam of a society of mutual dependence, modesty, trust, and mutual respect; qualities that to this day have kept the Jewish community strong.  What is important to note is that the Israelites behaved this way without knowing they were being watched.  It is what they did.  How would our society be different today if this is how we all acted?  If we had trust and mutual respect of everyone?  If we behaved in this way whether we knew someone was watching or not?  If we, as individuals, not only respected others but also trusted others for what they do in their tents, in their homes, in their everyday lives and coupled that with exhibiting behaviors that displayed an integrity and humanity, whether someone was watching or not?

But why many ask has this been adopted as the first sentence to be stated as you enter the synagogue and begin your daily prayers.  This, of course, has been debated over the years.  Many believe it to be a reminder – of both the well-being of the physicality of our dwellings and places of prayer AND the intellectual and emotional well-being of where we live and pray; of our community.  This little sentence, spoken by a bit player in our Torah, has taken on such grand meaning and introspection for us in our daily prayers.  So next time you sing “Ma Tovu”, think about it, think about our homes, our synagogue, our community, and ask yourself if you are doing what you can to keep them “in order” physically, intellectually and emotionally, whether someone is watching or not. 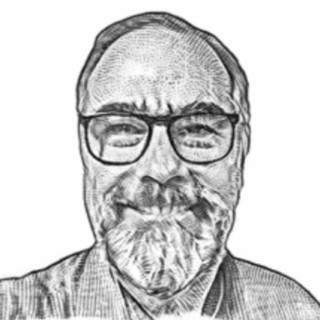 A long name for a fun discipline

exploring New York City one adventure at a time

A daily selection of the best content published on WordPress, collected for you by humans who love to read.

Chronicling an ever-changing city through faded and forgotten artifacts